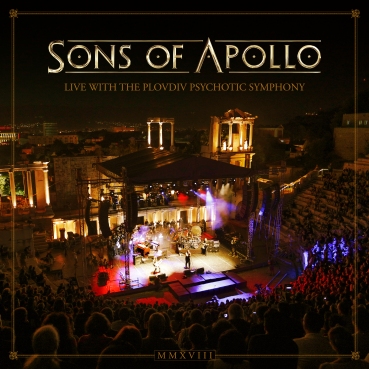 Vocalist Jeff Scott Soto, guitarist Ron ‘Bumblefoot’ Thal, bassist Billy Sheehan, keyboard player Derek Sherinian and drummer Mike Portnoy released ‘Psychotic Symphony’ in 2017.  Question – how often these days do we see bands marking their releases with live mementoes? Is it getting a bit old hat? Either way, this rather fulsome 3CD and DVD was filmed at the spectacular Roman Amphitheatre in Plovdiv, Bulgaria September 22nd 2018.

“The idea for the show was suggested by Andy Farrow, who was our manager for the first album cycle,” opines Portnoy. “He had done performances and filming at this venue with other bands and thought it was perfect for us. And he turned out to be totally right.” Portnoy also explains the use of orchestra and choir: “We worked with the Plovdiv Symphony Orchestra, who we renamed the Plovdiv Psychotic Symphony for the night. This was a full orchestra and choir. I had done this sort of thing once in the past with Dream Theater. But on that occasion, the orchestra was a lot smaller.”

The band perform two sets, the second one with full orchestra and choir. But before we examine the two sets, let’s just divert our attention to the copious cover material they played during the evening, as chosen by Portnoy: “For the first set, which was just the band and essentially the one we had been doing every night as a matter of routine, the covers were obvious. So, we played ‘Just Let Me Breathe’ from Dream Theater and ‘The Prophet Song’/’Save Me’ by Queen. “For the second set, there was talk of doing a fan vote to select the covers we were going to do. But I like surprising people, rather than letting them know in advance what they will be getting. So, in the end I personally chose the covers. I wanted to pick those songs which fitted in with Sons Of Apollo and our style, but also were easily adapted for an orchestra and choir. And I have to say that all of the covers you’ll get to see us do in the second part of the performance were only done that night and no other on the tour, which helps to make this unique.” He’s not kidding. They are almost worth the entrance fee alone! Shame the Floyd and Aerosmith numbers didn’t get clearance to go on the DVD.

Talking of which, the DVD starts impressively, helped by the improbable location – high shots floating above an open air amphitheater (above a motorway btw!) just as the band are coming onstage – the opening stage number of an impressive stage show featuring two double neck guitars and a hooded singer, swooping you around and right into the middle of all the action!  Whilst the CD has the whole gig, the DVD and Blu-ray also have a behind the scenes documentary on the whole experience in Plovdiv. In addition, there’s also a behind the scenes documentary on the making of the debut album. Portnoy again: “So, what fans will get is a brilliant summary of the first year in the history of this band…..This is a very special release. It magnificently captures what happened on the night and the atmosphere that surrounded the occasion. Usually, bands get to play at this amphitheatre and film it only when they have quite a lot of groundwork behind them, and even then they tend to perform just one of their studio albums in its entirety. For Sons Of Apollo, with just the one album behind us and barely a year’s experience on the road, to be given such an opportunity is, I feel, very satisfying. But it sums up the confidence we have in ourselves, and also the people who work with the band have in what we can do. And when everyone gets to see for themselves the way things turned out, they’ll appreciate that we didn’t merely rise to the occasion. We went beyond this. It was a phenomenal occasion for us – truly magical. And it’s all here.”

But let’s focus on the sounds, comfortable in the knowledge that the rest of the DVD oozes quality in terms of sound, vision and content. Bottom line is, you have to like it loud and proud, technical uber-complexity played by proficient extrovert musicians at the top of their game. From the hardest and heaviest metallic rock, through melodic power sections or astonishingly complicated techno-prog metallic interludes, the band thrive and feed off the partisan audience, enjoyment being exuded on all sides and the musicians never putting a foot wrong. They do not sound like a supergroup simply strung together for some short-lived party-piece. The live atmosphere is overpowering and their technical ability in that arena is astounding. Believe me, they sound the real deal, in it for the long-term. It’s a tremendously well produced and mixed album, remarkably so for a live release, bearing in mind the added difficulties posed by an orchestra. And I have to say that I personally think that the lack of band material actually benefits them, in providing more familiar material for the likes of me to enjoy, whilst at the same time getting another chance to hear SoA.

And so finally, to the addition of an orchestra. Sometimes superfluous and unnecessary – a hook to hang a hat on, or a tool to ensnare a punter. Sometimes thoroughly essential as the music undergoes a dramatic change in timbre, style and substance. In this instance? The orchestra add a very welcome extra dimension. Listen to ‘Kashmir’, ‘Gates’ of Babylon’ or ‘Diary of a Madman’ where the choir are superbly used. Nuff said. watch it or listen to it for yourself. 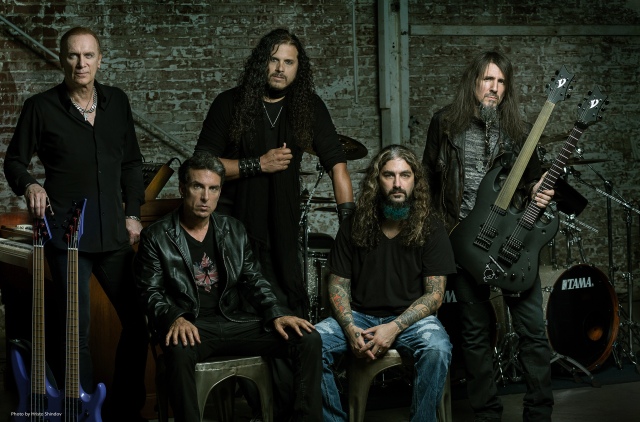 The second set of the show features the Plovdiv Symphony Orchestra, dubbed the “Plovdiv Psychotic Symphony” for the night 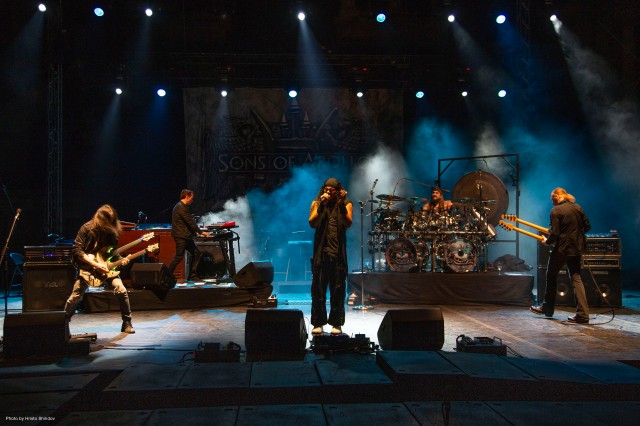 2019 – Live With The Plovdiv Psychotic Symphony