Resonant Rogues – Autumn of the World

What could have been an inward, self-centred indulgence is actually a delightful adventure, a journey from Appalachian mountains through New Orleans streets, via the cafés of  Paris over to the Balkans. This inter-continental experience works because of the four fundamentals: quality songs, exceptional instrumental skill, confident vocals, and the emotional heart for music. Whether waltz, jig or polka; reflective or exuberant bluegrass, country, folk or jazz, those four pillars hold firm, providing autumnal warmth and purpose. Worldly wise! 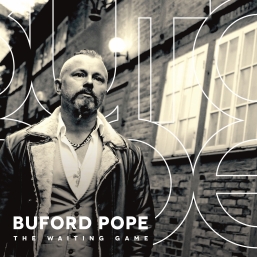 Buford Pope, (a.k.a. Mikael Liljeborg) was born on the Swedish limestone island Gotland in the Baltic Sea, a small isolated population and fertile ground for a 15 year old to get to know Bob Dylan’s music and the songs of other inate storytellers – like Neil Young, Tom Petty, Jackson Browne and Bruce Springsteen. A grounding that underpinned Pope’s eventual own musical direction, he took up guitar in his thirties and this is his eighth album, released July 2019.

His music has a Daniel Lanois production to it in its kaleidoscopic breadth, and I do get the odd Band/Robbie Robertson hints. There’s more to this, as Pope develops songscapes to tell his life tales. Like those who inspired him, he’s a unique voice that suits his style and melody. He creates a life-worn sound, confessional and worldly yet personal. I like this honest take on Americana fare. Scandicana!

Chris Rawlins – Bring on the Rain 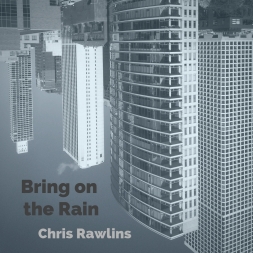 Chris Rawlins, a native of Kalamazoo, Michigan, is a folk and roots influenced singer-songwriter with a background in jazz and American folk music, now Chicago-based. After years spent honing his craft, first in New York and now in Chicago’s folk and singer-songwriter circles, this debut album was released in July.

Chris draws from his upbringing, scenes both urban and rural, creating a vivid yet honest and relatable songworld, melodies and chord progressions evoking traditional themes and his slightly smoky voice exuding a comforting warmth. Occasional interesting melodic turn chord phrasing and instrumentation raise interest levels, as does his pleasant finger-style guitar playing and slight jazz intonation. James Taylor meets Mark Knopfler? Wordsmith Rawlins achieves his aim: “I hope that people take away something like what you’d take away from a painting or photograph, with an endless number of little stories that stem from each image, line, verse, etc.” Enriching. 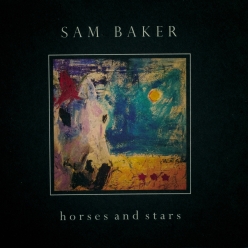 Recorded July 2018 released August 2019, Horses and Stars is Sam Baker’s first live album, fifteen years after his Texas Music-acclaimed first CD ‘Mercy’. In 1986 a terrorist bomb exploded in his train compartment, causing physical injury and delayed mental strain. The body got put back together through surgeries and requisite pain pills, his leg saved by a successful femoral arterial graft, his cranial bleed healed but requiring language to be relearned, and a replaced right eardrum gained some hearing. With the top of his left hand gone, he learned to play an upside-down guitar. Physically, Sam was recovering, but had a life filled with pills, booze, and rage. Realising that the greatest gift is life itself, he learned about forgiveness and uses his story to create songs from that upside-down guitar.

Live and solo (Baker and a guitar and a small piece of wood to tap his foot on), this album is rugged, open and honest. Laid bare like a roots Lou Reed or Leonard Cohen, his songs are challenging – about everyday people facing alcoholism, car wrecks, racism, drug addiction, a mother’s abandonment or his own childhood in a small Texas prairie town – but they are compelling. Raw.

This is Brooklyn-based singer-songwriter Annie Keating’s 10th effort, a six-track release in August, partnered with songwriter Dan Mills and his band, along with former producer Chris Tarrow (from the Belmont album) and producer Matt Shane. It follows last year’s lyrically poetic and intimate, acoustic songs on the Ghost of the Untraveled Road EP but stylistically, it is vastly different.

Those acoustic roots are buried under a bold and refreshing rock direction, with toe-tapping, punchy and original songs creating a smart, bluesy album, Keating adding an Stones-ian edge to her Americana roots, energetically delivering honest music with hooks. From impulsive opener ‘Beholden’, via the Stonesy ‘$20’ and Dire Straits-ish ‘Boxes’, to her captivating interpretation of Cat Stevens’ ‘Trouble’ Annie Keating doesn’t keep still, and neither will your toes. Gritty.