Hi folks, it’s been an interesting year so far outside the music scene, and inside the music scene we’ve been treated to a glut of amazing new releases over the past 8 months, some of which we’ve already covered, and some of which (due to technical issues here at Spirit South West HQ) have taken slightly longer than I would have liked to get round to (apologies all) so here in part one of A Notes from the Edge (and yes, it’s time for me to regain that name, and tell you my Wondrous Stories) special I will be looking at new albums that have been released this year (the second part will look at more releases and I will be picking up the cream of the re-issues as well) for contractual reasons I am unable to review anything that has been released by our good friends at Bad Elephant Music, however my esteemed colleague David Pearson is working his way through their eclectic genre-fluid catalogue of 2019 releases.

I will start with one of the more eagerly anticipated albums of the year (not least from their lively Passengers group on Facebook) the latest from prog legends Big Big Train, released back in May, The Grand Tour, is their 12th album, and followed up the surprise secret album The Second brightest Star. When I spoke to Greg (Spawnton) & David (Longdon) in 2017, they hinted the next album would be a change of direction. Indeed it is, moving away from their quintessentially English worldview (best personified on bona fide classics like The Underfall Yard or the luxuriously sprawling English Electric Full Power double set – one you can lose yourself in for an afternoon) The Grand Tour is themed around the ideas of 17th & 18th century Europeans going on a ‘Grand Tour’ to broaden their horizons and expand their world view(not race across the globe in sports cars), in direct contrast to the retreat from Europe that some (not me) think is a good idea. With distinctive art from the talented Sarah Ewing that draws the whole package together, this is one of those albums where the art and the contents are reflective of each other. They work their magic over 9 tracks, and in my opinion the way the album works is far stronger than Folklore or Second Brightest Star, and it’s wonderful to hear them expanding their musical vision to embrace a wider continent and sound, and it’s good to hear a band this far into their career having the confidence to dive into wider music waters, although I would have liked to have seen a little more adventurism. From the opening of Novum organum, the uplifting Alive, and then diving into the epics like Roman Stone, Ariel and Voyager, all of which clock in over 10 minutes and give space for the band to breath and grow, this is a good album, that whilst its not as strong as the Underfall yard, highlights a multi-talented band performing at their best.

The Grand Tour is available from http://www.themerchdesk.com and Big Big Train can be found at http://www.bigbigtrain.com

Next up is Broken Parachute with their 2nd album Living Dangerously, Broken Parachute are guitarist and composer Marcus Taylor (Kashgar/Crosswinds) and mulit-instrumentalist Ben Bell (Gandalfs Fist keyboard wizard, Fusion Orchestra 2 & Patchwork cacophony) with James Chapman taking the drumstool (they let him return it if he played drums for them!) released only 6 years after their debut (2013’s Down is the New Up, well ahead of Tool in the work rate chaps!) it’s an absolute belter of a record. Bell’s Patchwork Cacophony albums are complete masterpieces, and his work with Gandalfs Fist is sublime, but this album is probably the best he has performed on. This is an absolute musical beast, and as we’re living in what can only be described as ‘interesting times’ we need the appropriate music for it. I cannot recomend this album enough as the musical chemistry between Ben & Marcus sparkles, with Marcus adding soulful guitar solo’s, elements of Floyd, space between the notes, as well as the notes, and Ben’s vocals and keyboard dexterity shine throughout, channeling a blend of the last 40 years of progressive music, and yet creating something that is entirely new is a hard feat to accomplish, but Bell & Taylor have pulled off something magnificent. From little teases like Surprises at 56 seconds, or This track is a Figment at 41 seconds, to truly wonderful pieces of contemporary progressive rock like Lines, the epic 9 minutes of Devils, the title track Living Dangerously and the fantastically contemporary and sadly true Bad Politics, Broken Parachute have an amazing pedigree, and this album is the epitome of 21st century progressive rock. If you’d not guessed I have been constantly going back to this album on my commute, and everything about it oozes class and style, Taylor and Bell between them have crafted a magnificently coherent record, and one that you get something different from every time you dive in. There is no filler throughout here, and the musical sparring, the lyrics, the performances, the artwork all blend together to create a masterpiece. If I do a top ten albums of the year (and hell, why the hell wouldn’t I?) this will be up there. If 2019 has anything positive to offer us, then this is that, a well rounded album that deserves listening to, not just hearing. Sheer bloody brilliance. 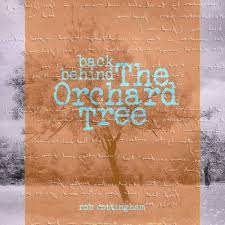 I know Martin already mentioned this, but I think a mention is due for Rob Cottingham whose reimagining of his debut solo album Behind the Orchard Tree (originally released back in 2002) and instead of this being a simple remastering, Rob has re-done the vocals and the music and brought it back to life. As a friend of Spirit for a very long time through his Touchstone days, and now with Cairo, Rob is one of the scenes good guys, and this spruce up of a cracking album really lets the music shine, songs like the brilliant 8 minutes plus of Invisible Man, the orchestral reimagination of the heartfelt Hero 9also included as the standard version) the fantastic Find Me (10 minutes long, and doesn’t feel like it) this shows that truly great songwriting is timeless, and Rob truly breathes new light through old windows, and this is a cracker of a record, it’s also a family affair as daughter Kerry helps Dad out on the vocals, proving the apple doesn’t fall far from the tree. This is a hidden gem that deserves to be dived into.

I would like to thank all the bands/PR companies ect who send me these wonderful albums to review, and again I apologise for the delay in review, it was due to completely unforseen circumstances sadly.

Back in 2014, I had a “lifestyle” change, which brought me back to Bristol, young (ish), free and single, and my good friend Matt Stevens (The Fierce and the Dead, but you knew that) had pointed me in the direction of Laura Kidd, who records/tours and releases her singularly unique music under the She Makes War moniker. From investigating her albums, and Laura being based in Bristol it was inevitable our paths would cross, and live she is even more engaging than she is on record, she is also super to her fans, and is one of the people who stand out as musical heroes who manages to plough her own furrow, and take her engaged fans along with her (she also has her supersub club, where we receive exclusive CD’s, handwritten notes, a beautifully presented booklet, all done with her usual care, attention, and love). Laura is the only artist I have pledged on via the discredited medium that was pledge music (& unfortunatley like so many Laura got burned) I am being a little cheeky here, as her latest longplayer Brace for Impact came out last year, but it is still an album you need to hear. From the autobiographical London Bites to the haunting beauty of Then The quiet came, and the honesty and heartfelt lyrics on tracks like Love This Body or Dear Heart, Laura is one of those artists who is honest with her audience, and draws them in so that not only are we listening to her album, we are living the songs. Empathetic, intelligent, and bloody good, She Makes War and her music was there for me back in 2014 when I was at rock bottom, and her sheer energy and way of viewing life, makes albums like Brace for Impact ones that I revisit time and time again. This is what music should be about, drawing you in emotionally, touching your soul and making you view the world through a different perspective. Discovering She Makes War back in 2014 was a big a revelation to me as Toris Amos Under the Pink was back in 1994.

I shall finish where I started from one Grand Tour to another, this year Scottish Band Grand Tour released their second album, the follow up to 2015’s highly acclaimed Heavy on the Beach, Clocks That Tick (But never Talk). Formed by former Abel Ganz keyboard maestro Hew Montgomery, joined by Comedy of Errors vocalist Joe Cairney, debut album Heavy on the Beach was one that on constant play here at Turner towers, and it’s sequel does not disapoint at all. This is luxurious and sumptuous prog of the finest kind, with the epic title track, the absolutely brilliant Back in the Zone, with some amazing lyrics, and the wonderful Game Over, this is the ideal follow up to Heavy on the Beach, chock full of some wonderful keyboard sounds. Joe’s vocals are (as ever) fab, whilst the musical interplay between the whole band, including some sublime guitar work from Mark Spalding, and new bboy bass player Chris Radford, makes this a joy for the ears. Well worth a listen.

The chaps can be found at http://www.grandtourmusic.org and albums can be purchased there as well.

Thanks to all the artists for bearing with me, and please tune in for the next chapter when I look at the latest releases from Mike Hyder, Anytown & Richard Wileman.