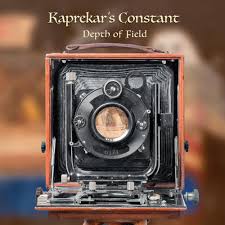 There are a number of bands who are digging deep and mining British history for their songs, the most obvious being Big Big Train (particularly on their Underfall Yard/English Electric albums), Kaprekar’s Constant are another band operating in the same arena.

When their debut album Fate Outsmarts Desire came out in 2017 the band were baffled with the (lazy) BBT comparisons, as they’d never heard them before!

I guess in a niche area of songwriting it’s easy for reviewers to lump bands together, as whilst Kaprekar’s are writing songs in that area, musically they have nothing in common with BBT.

One of their USP’s is the fact they have Father and Daughter team David & Dorie Jackson on board, and that unique sax sound (familiar to those who like VdGG) is all over this wonderful record. The 7 songs (written by Nick Jefferson, Al Nicholson & Mike Westergaard) take the nostalgic viewpoint from the debut, and add more poignancy and power.

To my mind there is no doubt that the standout tracks are Rosherville Part 1 & rosherville Part II (the latter with a spoken word cameo from Jethro Tull’s Ian Anderson) which talks about the Rosherville Gardens in Gravesend, which in the early 19th century were a popular attraction for London siightseers, the emotive and elegiac music brings these early days of tourism to mind, whilst the awful accident involving the Princess Alice in 1878 is also refereced, and Dorie’s wonderful vocals, harmonizing with Mike Westergaard & Bill Jefferson brings this bygone era to life.

This is Kaprekar’s speciality, as on White Star Sunrise, they dig deep into the legend of the White Star Liners, not just looking at the ill fated Titanic, but also it’s sister ship The Brittanic, and the memories and ideals of those who worked at Harland and Wollf, and the launch. This is mighty impressive progressive music, and the storytelling aspect is absolutley spot on throughout.

What I love about this album, is the fact that everything flows together and works as a whole, from the artwork (and the wonderful booklet) to the musical storytelling and how everything fits together, from Dorie’s vocals, to the musical chops that the band pull out.

Not one note is wasted, nothing is here that shouldn’t be here, the story and the song matters most, and Kaprekar’s do their work justice in that respect.

There’s contemporary history at work here too, on the wonderful Holywell nd it’s look at the failed promises from DeLorian, and the closing title track Depth of Field, with its haunting refrain.

Kaprekar’s Constant are that rare beast, a fully formed band that appeared from absolutely nowhere with a killer debut album, and a band who’ve blown that debut out of the water with this latest release.

If you like story telling in music, intelligent and well crafted songs, and music that hits you right in the soul, then my friends, you need Kaprekar’s Constant in your life. This is one of the defining albums of 2019, and you’ll keep returning to it, time and time again.

Depth Of Field is available from: