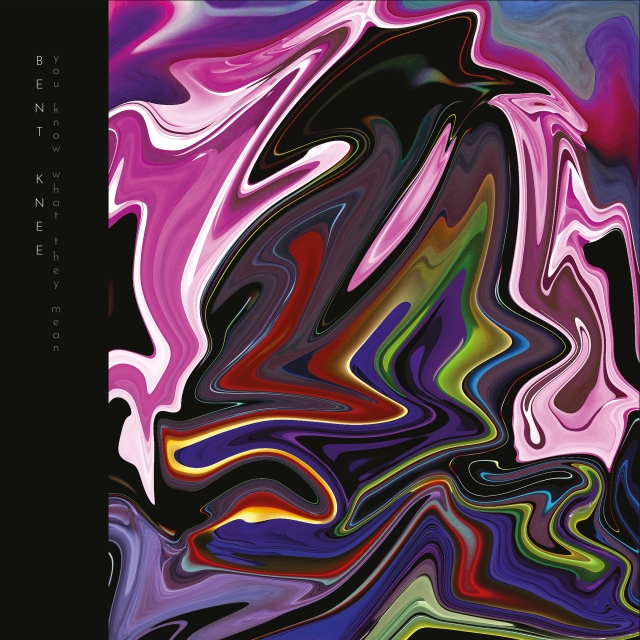 Reading a press release can sometimes be like listening to fake news. Great words, superb marketing, but then so unlike the actual sounds and music you hear. Well, not with this band. “Bent Knee is unlike any band you’ve ever heard”. I agree. Don’t get me wrong, you hear bits that remind you of other artists. But not in this kind of combination. I can’t remember the last time I heard a band that didn’t just cross genres, it drove a Challenger tank over the borders and trampled them flat. It is truly progressive sounds that make a mockery of metal, rock, pop, avant-garde, post rock, art rock titles. It’s kaleidoscopic in concept, inspired in composition and perfect in performance.

So who are they and where did they come from? Bent Knee formed in 2009 as a democratic collective at Berklee College of Music in 2009, united by a boundary-breaking resolve. Lead singer and keyboardist Courtney Swain’s soaring vocals are immediately distinguishable. Guitarist Ben Levin is dynamic and versatile, shifting between rage and raucous to sublime and meditative. Bassist Jessica Kion and drummer Gavin Wallace-Ailsworth embody subtlety and immense power. Violinist Chris Baum’s kinetic violin work provides drama, grace and intrigue. Critical praise has grown after 2017’s release Land Animal which followed 2016’s Say So and 2014’s Shiny Eyed Babies, both already hailed as significant art-rock achievements. In fact 2019 marks a decade of consistent musical innovation from the remarkable Boston-based art-rock outfit. Seasoned live performers, there probably isn’t a tighter band out there. And Bent Knee has elevated its storytelling ambitions to create narratives that reflect and refract the currents we’re exposed to in the news every day.

Call it fate or call it fortune, 2018 presented Bent Knee with two seismic events that impacted them personally and as a unit, leading them to consider their interpersonal dynamics into sharper focus than ever. On June 23rd, 2018, following a typically rapturously received performance, when exiting the stage of San Francisco’s Cafe Du Nord in dimmed lighting, drummer Gavin Wallace-Ailsworth fell awkwardly, badly breaking his right ankle in an accident that put him out of action for four extremely painful months, with post-surgery convalescence in the family home. Drummer Adam Cichocki of tour openers Gatherers heroically deputised, having learned the full set of complex, genre-melding rock music in just two days.  The band’s violinist CHRIS BAUM offers an interesting take. Having been captivated by the Free Solo documentary about US rock climber Alex Honnold’s rope-less ascent of Yosemite National Park’s 7,573 ft. El Capitan – but especially how a camera team was present to record every moment – he says: “I’m interested in the moral quandary that the presence of cameras would dramatically change the scenario, no matter what.  How much responsibility would you take in filming, perhaps, the climber’s demise, when being so involved in this insane quest of his? It might be a stretch as an analogy, but I feel having Gavin taken away from us during the creation of the new album was like adding cameras to watch someone climbing that cliff without ropes. We felt so much more exposed; it was weird, as we felt like a totally different band, the five of us.”

In turn Wallace-Ailsworth is philosophical about the accident, as it inadvertently introduced him to the Roland SPD-SX Sampling Pad, initially suggested to assist in compensating for his damaged right leg, but used to fine effect on a few tracks on You Know What They Mean. Opportunity out of adversity!

But with drummer recovered, a second traumatic event occured on Saturday November 24th.  On their second full US tour of 2018 (opening for Haken and Leprous), between shows in Salt Lake City and Denver the band’s tour van flipped over in treacherous icy conditions. Incredibly, besides a few scrapes and bruises no injuries were sustained, but the six musicians were understandably left badly shaken. As fearless as their musical adventures, the band dusted themselves off and forged ahead to fulfill the remaining tour dates. Of these two incidents and the effect they’ve had on the band, guitar maestro BEN LEVIN says: “We have a very dynamic relationship, so with the tribulations of Gavin breaking his leg and our van incident, in terms of how we dealt with them there were no negatives.  When the van flipped over there was no selfishness; it was just, ‘Let’s solve this!’ At the same time we had also gone through what I can only call a difficult interpersonal patch, simply because we realized just how very important Gavin is to all of us. In some ways it was like starting over from scratch, as while he was recovering we had to work out how we’d function as a band again, having lost someone. “ Pragmatically, BENT KNEE’s dynamic singer-keyboard player COURTNEY SWAIN adds: “With both accidents we were forced to move onto the next thing. For better or worse, I didn’t have much time to dwell on either event, and I feel that we were really lucky that the bad things that have happened to us felt like they could have been much worse.”

A greater unity under the circumstances led to an entirely new approach with a more direct sonic vision in mind that they didn’t think their 2017 release, Land Animal, had quite managed. For the first time, an album was conceived as a unit, as opposed to individually bringing ideas to the table and examining ways to cohesively piece them together.

How was it for me? It’s riff-driven, but shorter song-oriented, with a driven focus and a live feel. The vocals are frankly uniquely and dramatically outstanding, although some may struggle with the passionate swooping and soaring. It’s a contemporary sound, and first proper song opener the muscular ‘Bone Rage’ is honestly jaw-dropping granite wall of sound  that Fripp would appreciate, over which the Bjork-like Swain freely floats. ‘Give us the Gold’ oozes a growing menace until the chorus groove enters and develops. ‘Hold Me In’ is a similarly tight groove, effect-laden, melodic with a dark edge before segueing into the melancholic anthemic ‘Egg Replacer’. No track outstays its welcome, as the band forge ever- fresh combinations, intense blends and sonic soundscapes.  ‘Cradle of Rocks’ has a propulsive, insistent riff, and instantly memorable melody, a compact ‘heavy pop’ song with orchestral ambitions if you will. The interlude of ‘Lovell’ (still don’t know why sound adventure, like opener ‘Lansing’, features, unless as “light” relief?!). ‘Lovemeknot’ is discordant and schizo-phrenetic (I know, a made-up word, but summarises the song nicely). ‘Bird Song’ gives some aural space, Swaine’s vocals sounding like Robbie Robertson’s sister. Welch’s aforementioned groove-oriented approach is illustrated by Catch Light, with its choppy, propellant riff. ‘Garbage Shark’ has an eerie menace, ‘Golden Hour’s emotive vocal opening gives way to subtle extended crescendo, and ‘It Happens’ is an outstanding closer with, in the first part, a ridiculously addictive percussive groove.

It’s uncompromising, intense, sonically charged, exhilarating and intrinsically unique. It’s an album with a backstory. Nothing more to add. You know what they mean.