From a family of singers in  Edale, Derbyshire, Bella Hardy took up folk fiddle at 13 and later playing the 2003 Cambridge Folk Festival with twelve-piece band The Pack. A Music Masters student in 2007, she released debut album, Night Visiting that year, earning a Best Song nomination in the annual Radio 2 Folk Awards. In 2012, she won Best Original Song for The Herring Girl and, two years later, walked off with Folk Singer of the Year. So, 12 years on from that debut, it’s time for a retrospective, charting her nine studio recordings in a double CD that gathers together remasterings of  23 of her best works along with two rerecordings , two new songs and one rarity, together with a forthcoming lyric book of original and traditional material.

There’s full band shimmeringly poppy, frisky hornpipe, convincingly traditional-sounding original ballad and clever interpretation of actual trad, madrigal, american folk – unsurprising given the artist’s talent and ethos. Banjo and brass feature, chinese zither, drone and concertina, finger-picking and strumming. To the uninitiated, a fully comprehensive retrospective and well-rounded overview of a fine folk singer-songwriter. I really enjoy the variety and scope of music in this collection – an ideal starting point for the casual listener – and I admire the ambition of this talented musician. What next I wonder? Impressive. 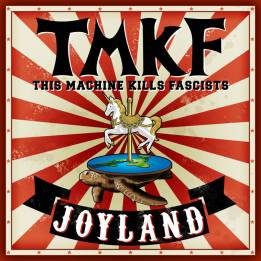 “This Machine Kills Fascists” was a message that Woody Guthrie placed on his guitar in the early 1940s. Roop Murphy is the band leader, and this is a side project to the band Murphy’s Lore, but don’t let that detract. This Lowestoft band describe themselves as punk, folk, latin, ska. Add satirical, political and misunderstood. Outspoken but upbeat songs to counter the diverse mentality within their own local neighbourhood but also rightly rail against this fake news world. The three piece horn section give a bold and brassy boost to their real and raw punkish energy. The songs pull no punches and use rude words to emotionally get their point across. The combative spirit of Billy Bragg is in rude and unsubtle health (literally).  Uncompromising.

Originally formed 2015, they meld Scottish and English folk with gorgeous fiddles, pipes and whistles with driving bodhran, subtle guitar and atmospheric and sensitive vocals. Radio 2 folk award winners amongst them, they are guitarist Greg Russell and fiddle player Ciaran Algar are joined by vocalist Josie Duncan, guitarist Pablo Lafuente, pipe & whistle player Ali Levack and percussionist Evan Carson. They pack a lot into the EP and indeed pack a punch. They can tug the heartstrings, they can set the toe-tapping, and they can switch the mood in an instant. This is an instant advert and a signpost to go see their enthusiasm and love for the music live. If this contemporary band is the future of folk, it is in the best hands. Exciting.

This Tennessee-based musician has established himself as an exponent of Americana and Southern roots music, building his following and critical appeal with every release, show, and venture. Holcomb cites the nature of his life of late as equal parts “collaborative” and “chaotic.” Drew Holcomb’s emotive songs cover more of the joys, struggles, and specific moments of his own life than ever before. Carefully crafted, intentional and profound lyrics, it’s a collaborative effort with six co-writes, the music benefits from the space granted to the band to input and deliver a broad yet focused album. It’s expansive when it needs to be and up close and personal when required.

Allowing his band to play by its own rules, its given a more modern sound than Holcomb’s previous recordings, balancing the line of large, layered anthems with nuanced singer-songwriter moments – or, as he says, “expanding the emotional architecture of the songs so that the bigger themes and emotions would have space to hit harder.” I like the ethos to include of any instrument, tweak, technique, or style so long as it serves the human element and earnest feeling of the song. For Drew Holcomb, music is what helps us try to understand our place in a world full of equal parts chaos, confusion, love, and community, and Dragons is his reminder to all of us to keep fighting the good fight and to never give up. Amen to that.

The Lonesome Side of Town- Ed Dupas

The Lonesome Side of Town contains 11 new compositions and the most personal songs of self-inquiry and reflection he has written to date. It was written during a period of personal isolation for Dupas, a time he consciously set aside and during which he parted with his long-time partner. It’s not a self pity party though, but an exercise in experiencing transmutation, self-realisation and most importantly, personal growth. Ed paints a sonic picture of a period of his well-travelled life through perceptive musical episodes.

With comparisons ranging from Steve Earle to Bruce Springsteen, this is muscular, gritty, honest blue-collar music! Dark but with glimmers of hope. ‘It All Sounds Like Leaving’ soberly reflects the reality of lost love, while ‘State of the Nation’ and ‘Love Me Right’ are strong reminders of Dupas’ rock roots. ‘Just For Two’, on the other hand, is about a love that creates more than the sum of the two parts. It’s honest, natural and unforced. Real.

If you’ve been playing the blues for fifty years you are bound to pick up some influences. As Dave puts it, “Music is just music and when it’s good, you forget about the genre or whatever label you want to put on it, and just appreciate the beauty of what you’re hearing.” I agree. It doesn’t matter if he’s playing country, folk, rock, R&B or blues. It all sounds right.

Until now, Big Dave’s recordings have comprised of songs written by musical heroes such as Robert Johnson, Muddy Waters and Elmore James. But for his seventh album and third in a row with award winning guitarist Steve Dawson producing, there are nine original tunes and a horn section. Big Dave’s newest songs joyously communicate several musical flavours while keeping the integrity and continuity of the recording intact. With a rough voice that breathes smoke and fire, it’s certainly passionate. Raw. 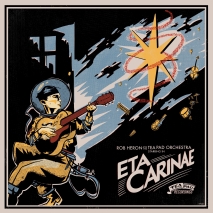 The Tea Pad are eight years on from their creation whilst at Newcastle University. Joining Rob Heron (vocals, guitar) is Tom Cronin (mandolin, harmonica), Colin Nicholson (accordion, organ, piano), Ted Harbot (double bass, electric bass) and Paul Archibald (drums). Hailing from Orkney to Warwickshire, the Tea Pad sound has myriad influences – Hank Williams to Django Reinhardt, Tom Waits to Beatles, but creates a North-East Swing style that’s utterly their own and ever-changing across their albums – 2012’s Money Isn’t Everything, 2014’s Talk About The Weather, 2016’s Something Blue and 2019’s Soul Of My City. Heron in particular is a vinyl obsessive, whose eclecticism feeds into their songs, these newest releases adding twangy 60s guitar tones and modernist R&B styles.

The use of 60s organ tones, heavy garage rock guitar solos, and space echo on the vocals enhance their signature sound, with virtuoso playing very much in the foreground, but indicate the sonic capabilities of the band now and into the future, even if it is a 60s sci-fi B-movie. Rob Heron & The Tea Pad Orchestra don’t care what genre you choose to put them in – Western Swing, Blues, Country, Rock & Roll or whatever else – as long as you understand that they’re 100% sincere and 100% immersed in this stuff. No lazy pastiche, no imitation dressing up box. Live and breathe this music and get in with them. Immersive.

Atlantæum Flood is a unique instrumental five-piece collective featuring Marty Willson-Piper (ex-The Church and All About Eve, guitars) together with Steve Knott (songwriter, multi-instrumentalist and vocalist), Lynne Knott (cello), Olivia Wilson-Piper (violin, vocals) and Dare Mason (keys, percussion). With percussion from Nick McLeod, and for the sake of space, I have reduced their actual instrumentation fivefold!

The track listing will indicate the conceptual nature of “One Day”, and indeed the music does that theme justice. This is a debut album that has an epic feel and offers eclectic elements, blending some world music influences with acoustic folk and suggesting a natural progressive feel. Subtle ethereal moments with soaring guitar lines and wordless vocal chorus, gentle 12 string parts, strong percussive sections with that ethnic touch. Yes, there are Oldfield and Phillips elements in there. Maybe even Dave Bainbridge/Iona or instrumental Riversea. The eight track release (pre and post sunrise, noon, sunset and midnight sections) comes over as beautifully cohesive and a thoughtfully considered cinematic soundscape. Relaxing.

Oddbod Leeds boys, this band has musical character and outrageous personality and perseverance to boot, this being their fourth album. The time taken was to enhance their standard line up of vocals, ukelele, piano, tuba and drums with strings and brass from the Orchestra of Opera North. With that decision, decisive indecisiveness set in and five years later the album is ready.

It’s surreal, it’s fun, it’s good old fashioned music for the whole family. With songs like “I’ve got my finger up my nose” and “British Hairpiece Champion” you know exactly what to expect. And it’s not subtle. But it is along the lines of Alex Horne and his band, or Joe Stilgoe, if you happen to be a Radio 4 listener. In fact, you wonder how come this odd lot haven’t had a similar profile boost? Daftly crafted, it’s catchy, it’s bonkers and it’s charming. Fun.

Five new, unreleased tracks from the Atomise album sessions are on this EP. Not having heard the album I have to say, if these are anything to go by, I need to go get that album asap. The album themes are about struggling and trying to find hope and meaning in an atmosphere of division in community, relationship and memories.

It is fragile yet strong, beguiling and intense. John Elliot aka The Little Unsaid has a distinctive voice, delicate yet determined. He’s poetic and he’s an observant chronicler. It’s strong songwriting with crafted melodies over delicate soundscapes. There are atmospheres he creates that hint at Steve Reich, Terry Riley, Peter Gabriel or Peter Hamill. He’s open and emotionally honest.  Personal.