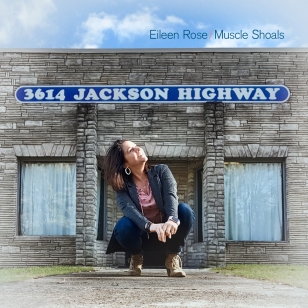 Rose’s breakthrough album, 2000’s Shine Like It Does was recorded with country-techno renegades Alabama 3 (responsible for the theme tune to The Sopranos) and co-produced with Jerry Boise (Buena Vista Social Club) and released on Rough Trade Records. It met with praise, as have all following albums: Be Many Gone (2014), Luna Turista (2010), At Our Tables (2008), Come The Storm (2005) (which Judy Collins personally offered to release in the US after seeing Rose on stage in Glasgow), and Long Shot Novena (2002), which features members of Del Amitri, The Ruts and sometime Sex Pistol Glen Matlock.

2019 was a creative peak, with two novels and this double album from this acclaimed singer songwriter-musician, with the added honour of recording it  at the historic Muscle Shoals Sound Studio, Alabama. It includes an “A-side” of new songs that showcase her extraordinary songcraft and astonishing voice. There is also a bonus “B-side” of Rose’s most beloved tracks, re-recorded in those extraordinary surroundings. The historic venue further cements Rose’s ability to encompass the many musical influences she’s encountered throughout her career, with the term ‘Americana’ almost  created for her. It’s raw and rugged, but the album shimmers with the confidence of a seasoned songwriter and performer at the top of her game. Wholesome.

In a previous EP review I mentioned I had missed their full album from 2019. Well here it is! Twelve tracks from the London/Aarhus based alt/folk/leftfield rock band. John Elliot is the kingpin, his keyboard demos having Tim Heyermerdinger drums and Elliot adding other instrumentation, and violinist Alison D’Souza assembling a string quartet for the title track. The final mix was by composer and orchestrator Graeme Stewart (film music with Jonny Greenwood of Radiohead)

Aptly reflecting on the atmosphere of division and unrest that permeates most walks of life, but looking for those feint pools of hope and light, the songs are gorgeous – ethereal yet deep and powerful. There is an overwhelming emotional honesty laid bear in sparse but pertinent arrangements, and it is unsurprising that those skeletal demos were retained in places due to their powerful potency. The overall effect is entrancing, brave, and sound paint the closeness of depression and hope. Unique and innovative yet steeped in folk, country, roots, but given a modern melancholic twist. Intense. 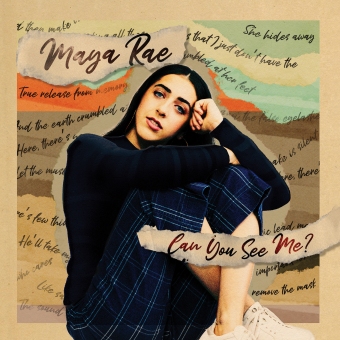 This young woman started singing professionally age twelve, recorded her first album of jazz and classic pop standards at thirteen, and has gained valuable experience since then to become accomplished at such a young age, being just shy of 18 when Can You See Me? was released. Inspired by classic singers like Carole King and Nina Simone, iconic performers such as The Beatles and Joni Mitchell as well as modern-day artists like Amy Winehouse, Ed Sheeran and Adele, all those qualities come through, and I even hear the faint ghosts of the Band and the Faces!

Confident and vulnerable, soulful and revealing, real and honest, this is an impressive debut. The uncertainties of first love. Misgivings about a friend’s choices. Thoughts that come and go. The best music has the power to illuminate a moment in time and go beyond genre and contemporary music. Melodically and lyrically interesting, beautifully phrased, with seasoned and quality musical performances, there’s an insight normally only performed by someone who’s been around the block a few times. Top notch performances, sophisticated arrangements and confident vocals, Can You See Me? is an important album from an impressive artist. Articulate.

He’s a pedigree and CV as long as they come, as songwriter, drummer, guitarist, performer, producer, live music promoter and tireless worker for The Americana Music Association UK.  Previous releases include debut record Just You (2011), 2013’s follow up 100 Miles From Town and the Hasia Dreams E.P. (2017).  With music that skilfully combines elements of country, folk, the 60’s and more, he has been credited with being instrumental in helping to define and shape English Americana and is respected by his peers. This 2019 album was produced by Grammy-nominated Neilson Hubbard (Mary Gauthier) in Nashville and includes contributions from artists such as Ben Glover, Angaleena Presley (Pistol Annies), Amy Speace, Amy Tudor, Doug & Telisha Williams (The Wild Ponies) and Brandy Zdan.

Polished yet personal, there is a brutal honesty exposed in subjects such as familial tragedy, parental expectations, childhood potential, and the allied fear of failing to meet expectations. Immensely empathetic, opener All in the Name has a glorious ear-worm refrain, yet the plaintive solo piano at the end of this track segues seamlessly into Down Range, a heart-rending tale of a Gulf War veteran’s return. Poignancy and rocky crescendo both suit the hard-hitting lyrics, as do the country tinges or southern blues-rock elements. Narrating stories related to real-life situations, using memorable melodies, this bloke deserves more prominence amongst songwriters, whatever their genre. Powerful.

The Thanksgiving EP is, in many ways, a signpost for the beauty of the “Wrong Way Round” single, so let’s deal with that first. Rooted in bluegrass, there’s already a depth in her songwriting and sound that bodes well for the future, whether full on jig or atmospheric plucked banjo. Joined by Josh Oliver for the plaintive ‘Times Like These’, the signs are good.

Dedicated to and totally about her mean, rude, demanding, politically incorrect, selfish, narcissistic and irrational but utterly and totally loved Grandma, the depth of feeling, and the loving craft of the 2020 single comes through: “I sometimes think that my grandma and I are the same person raised at very different times and under very different circumstances.” Rachel Baiman on Guitar and Vocals with string orchestration alongside Philippe Bronchtein on Bass, Vocals and Organ have crafted a thoughtful, evocative song first made available for International Women’s Day. 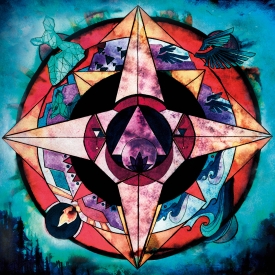 A husband and wife duo, Dorothy Daniel and Ben DeBerry were high school sweethearts, then split and used that time to hone their musical craft. Dorothy writing  music and Ben performing, before uniting in 2006. In 2011, they officially became The Danberrys with the release of the Company Store EP. In 2013, they released their first full-length album of pastoral blues, robust folk, solid Tennessee roots.The 2016 LP Give & Receive
earned more acclaim, and the pair’s fourth album now takes them from their signature acoustic sound to capture elements of rock, blues, and folk,  a darker atmosphere to showcase their original songs.

Guest musicians featured on Shine include Duke Levine on guitar and mandolin and Darrell Scott vocals on the album’s first single ‘The Mountain ’. The title track has gloriously moody, guitar-punched swagger. ‘Holding the Bag’ has a sorrowful lightness and storytelling charm. Overall there’s the slightest essence of Lyndsay Buckingham, possibly enhanced by Dorothy’s smokey vocals. An air of sadness is assuaged by life-affirming themes on a thoughtful album of faith and unity. Solid. 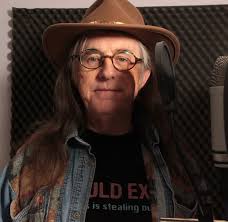 This album sees JC return to folk roots, a collection of songs which span over 40 years, the earliest influenced by music he heard or wrote and intended for his erstwhile then band Tudor Lodge. Each song has a story and a history. Each song finds JC choosing talented musicians to support him, whether of flute, mandolin, violin, celtic harp or more traditional band instruments. He even allows co-writer Mike Baker to take lead vocals.

There is a warmth and homeliness to the album, as well as poignancy, in part due to his open admission that he wrote some music whilst being treated for Stage VI liver cancer, firing him up to enjoy enriching family experiences and generate creative output. It’s not complex or complicated, but it is well-played, folksy, gentle, heartwarming and uplifting songwriting. Personal.